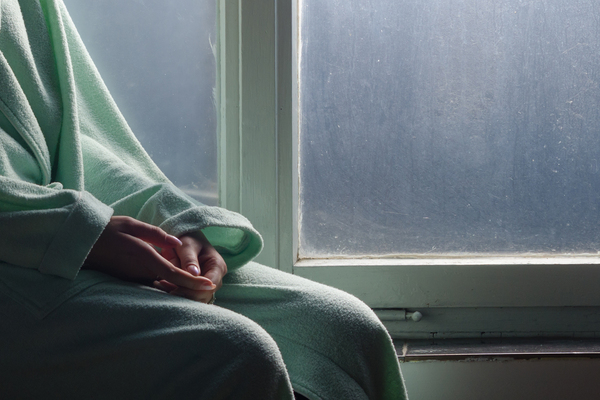 Don't be a Karen

I remember bursting into tears in the Drs office, when they told me that what they had suspected was in fact true. I had Breast Cancer, worse, triple negative, aggressive, breast cancer. It didn’t seem real, this couldn’t be happening to me. I was in Germany at the time and before I knew where I was, the German Health system had kicked into gear and I was in treatment before I could even turn around.

Roll forward to March 2017. My treatments were all finished, my operations all done. I came out of it, relatively unscathed and feeling very lucky, 6 months of chemo, 3 ops, and 25 radiotherapy sessions.

For almost 10 months this as literally all I thought about from waking up to going to sleep. I’m guessing this sounds familiar to a lot of readers. The good news was my treatment had been successful and I could carry on with life as before.....or could I ?

Move forward another 6 months and I found myself looking at another big move, this time to the beautiful island of Mallorca. I was super excited, after all I loved the island and never imagined I would actually be living there. This was a great opportunity for us and we weren’t going to let it pass us by.

But lurking in the back of my mind were doubts about how I was going to navigate the Spanish Health Care system and how I was going to make sure I had my regular check-ups.
The nearer the move got, the more anxious I became, until what was once at the back of my mind was firmly planted, first and foremost and with bells on, right at the front until it was literally all I could think
about.

Once we moved and had managed to get registered with our local Dr, not an easy thing when your local PAC Centre only speaks Catalan and Spanish, absolutely no English and your Spanish is probably as good as your average British tourist, I decided the only thing I could do would be to find a private Dr who spoke English.

Happily, I found the lovely Dr Raas in Palma. Unhappily I had to pay for it. You guessed it, I can’t get Health insurance due to my  ́ ́condition ``. What condition? I don’t have a
condition. For me, Cancer was something I once had that had been treated, not something I still have, why was I being treated like a leper? Yep, that’s how I felt.

But it was OK. I had got this far, so I could struggle through all of these minor obstacles. Except it was getting more and more difficult and I was getting more and more anxious. Cancer wasn’t the problem so I thought, so what was it ? I began to imagine I was suffering from every terminal disease out there. I would turn the smallest thing into a life threatening condition, until I actually did become physically ill.

The mind is a wonderful thing, it can create a huge something out of a complete nothing.But there was help out there, you just have to swallow your pride and ask. Back in the early days of our move I needed to visit the Drs for something non cancer related and I happened upon some information regarding Cancer Support Mallorca. My husband suggested I contact them, what could it hurt ?

` ́But it’s not Cancer related ́ ́ I said, scratching my head. After a bit of gentle persuasion, I contacted them and soon understood that they could offer help for things you maybe wouldn’t even think of.

For me, initially, it was translation services. I ended up using their lovely volunteers three times, but I think I hit gold when I finally realised, I needed help with how I was feeling mentally. I had always thought I could handle the whole Cancer thing on my own. After all, its no-one else’s business, except mine.

I was offered counselling when I was in Germany as part of my insurance cover, but didn’t take them up on it because of the language barrier. I could speak some German but not enough to feel comfortable in a group setting.

As for groups ? They were definitely not for me. I really couldn’t think of anything worse than sitting around discussing Cancer with a group of people who are all suffering from the same thing, some of them a lot less fortunate than myself. No thanks. I would quite literally have preferred to gouge my eyes out with spoons.

But, I knew I needed help and my poor other half who was at his wits end, pleaded with me to reach out. So that’s where I find myself now. I swallowed my pride and asked Rebecca at Cancer Support if she knew of any Counselling services available, fully expecting to have to pay .

Within a day she had replied and put me in touch with Gary from GAP Counselling. Best of all, she told me that the Charity covered the cost as long as the issue was Cancer related. It really was one of the best things I could have done.

They do say it’s good to talk, and I think Gary will attest to the fact that I really know how to do that. We are making progress and I can finally see light at the end of the tunnel. I never grieved for the Cancer you see. I put it away but it was never actually gone.

My only regret is that I didn’t do this when I first arrived on the island, 5 years ago. Gary put me at ease instantly and I found it easy to talk openly and honestly about my issues.

The moral of this story? Don’t be a Karen ( yep, that’s me ), you don’t have to suffer on your own. There is help available. Reach out to Rebecca at Cancer Support and she will point you in the right direction.

I can’t thank Rebecca, the volunteers or Gary at Gap Counselling, enough for their help and support. Try it, you have nothing to lose and potentially a lot of peace of mind to gain!

Cancer Support Mallorca is a charity registered in Spain under number G57773749.
Log in | Powered by White Fuse